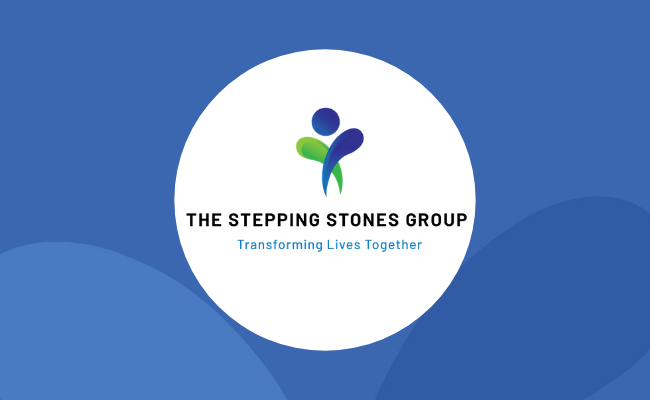 LAFAYETTE, Colo., June 18, 2018 /PRNewswire/ -- The Stepping Stones Group, a provider of therapy and education solutions to children with special needs and autism in educational settings, today announced that Timothy R. Murphy (Tim) is joining The Stepping Stones Group as Chief Executive Officer effective June 18th. Anthony Rintala will serve as President and Chief Operating Officer and report directly to Mr. Murphy. Under the ownership of Five Arrows Capital Partners, the North American corporate private equity business of Rothschild Merchant Banking, the company continues to invest in its leadership team to ensure focus and discipline as it experiences high rates of growth through strong organic market development and targeted acquisitions.

In his capacity as Chief Executive Officer, Mr. Murphy will focus his efforts at Stepping Stones on strategic planning and execution, board and investor management, financial performance, merger and acquisition strategies, human capital performance and relations, communications, and culture. Mr. Rintala will have business development, marketing, recruiting, clinical operations, infrastructure, and technology functions under his supervision.

"Five Arrows Capital Partners is thrilled to have Tim join Anthony and the Stepping Stones team," noted Ari Benacerraf, Partner at Five Arrows Capital Partners. "As our inaugural investment in North America, we believe Tim's leadership will be catalytic to our future success. We have partnered with Tim for the past decade and know first-hand his differentiated strategic and leadership capabilities," Mr. Benacerraf continued.

Mr. Murphy brings a proven 25-year track record of leading and advising healthcare companies and organizations through growth and transformation. Most recently, he served as Chief Executive Officer for Beacon Health Options (Beacon) from 2007 – 2017. Beacon and its subsidiaries specialize in the management of mental health, substance use, and employee assistance program services for individuals dealing with behavioral health challenges with a focus on vulnerable populations. The company is a result of the merger between Beacon Health Strategies and ValueOptions in 2014. Beacon is the largest independent managed behavioral healthcare company in the United States with over $2 billion in annual revenue in 2017.

Before the merger, Mr. Murphy was President and then Chief Executive Officer of Beacon Health Strategies. A small, founder-owned company upon his arrival, Mr. Murphy and his leadership team developed and executed strategies that grew the company from $35 million and 140 employees to over $600 million and 1,400 employees, respectively, over seven years.

Prior to joining Beacon, Mr. Murphy served as the Secretary of Health and Human Services for the Commonwealth of Massachusetts under Governor Mitt Romney. In this capacity, he oversaw a $12 billion budget and approximately 22,000 employees who delivered programs and services through 15 state agencies to more than one million Massachusetts residents.

"I am excited to join Anthony and the Stepping Stones leadership team during this dynamic time for the company. Their quest to be the market leader in providing high-quality therapeutic and behavioral services to school districts and communities throughout the United States is inspiring. As importantly, I am honored to be part of a company with the mission 'to positively impact the lives of children in the communities we serve,' which continues my passion to assist vulnerable populations," said Mr. Murphy.

Anthony Rintala, President and Chief Operating Officer said, "It has been a tremendous honor to lead The Stepping Stones Group through its current phase of growth and success. I am incredibly proud of everything our team has accomplished together in just three years. We've enriched the lives of students and were able to expand our services and improve the quality of life for more than 42,000 children in more than 26 states in the United States. As we continue this important mission, I am confident that Tim is the right person to build on our momentum."

Preceding his service in the Romney Administration, Mr. Murphy was a vice president in the investment banking division of JP Morgan. He provided strategic advice and arranged for capital raising on behalf of for-profit and not-for-profit healthcare service companies and organizations. Later in his career at JP Morgan, Mr. Murphy provided leading private equity firms with advisory and financing services on their acquisitions.

In addition to his responsibilities at Stepping Stones, Mr. Murphy serves as Senior Advisor to Beacon Health Options' Board of Directors and as a board member for Addiction Campuses, a substance use disorder residential treatment facility company, based in Nashville, TN.

Mr. Murphy holds a bachelor's degree from Merrimack College, where he served as a member of the college's Board of Trustees from 2007 – 2016, including service as chair. He holds a master's degree in public policy from Harvard UniversityKennedy School of Government. He was awarded an honorary doctorate degree from Merrimack College in 2014 for his contributions to public service.

Tags: Company News
Back to Blog

The Stepping Stones Group Named to the Inc. 5000 List of the Fastest Growing Companies