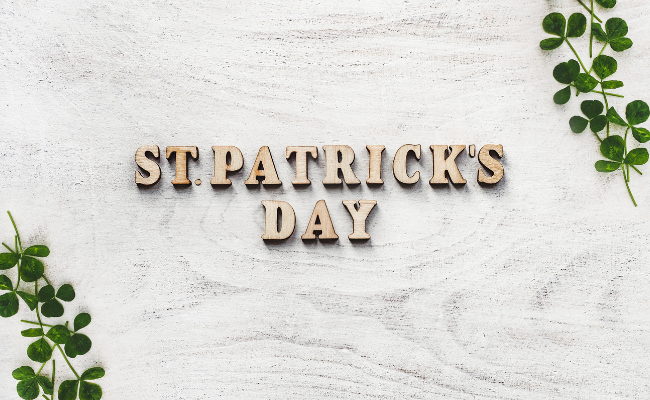 Breaking Away from the Leprechauns: Alternative Saint Patrick’s Day Topics

Growing up Irish-American, my family has always celebrated Saint Patrick’s Day and it quickly became one of my favorite holidays. When I was 24, I moved to Scotland, UK to get my Master’s degree and quickly found out that Saint Patrick’s Day is celebrated very differently in America versus Ireland. Many people from Northern and the Republic of Ireland live in Scotland, including the roommate I lived with in Scotland for 3 years. What I learned from various Irish friends and classmates was that people in Ireland do not put on green or put out gold for leprechauns of March 17th. In fact, they tend to clear out of Dublin, the capital city of Ireland, and let the tourists take over for Saint Patrick’s Day weekend. The biggest event that tends to fall on Saint Patrick’s Day is the last few or final 6 Nations Rugby Championship matches. 6 Nations matches frequently overshadow any excitement of Saint Patrick’s Day for native Irish people.

So, when I moved back to the States and started working with Middle School students I decided to change the way I celebrate and teach Saint Patrick’s Day. It is still one of my favorite holidays and I always make a big deal about it, but I tend to stay away from pots of gold and leprechauns. The following are alternative topics I focus on with my students:

Colin wanted to play football outside today, but he couldn’t. He doesn’t mind playing in a little rain, but it was bucketing down.

Mark was so bored after staying home all week sick that once he felt better, he texted all of his friends, “what’s the craic?”

Answer: what is going on that is fun

After 2 hours of rugby practice, Conner was knackered.

The tardy bell rang and the boys were still in their last class. The oldest boy yelled, “Come on, we need to leg it to Mr. McConnell’s class!”

The vase was in tatters after the football knocked it onto the ground.

Other Irish to American vocabulary for words:

I hope this post gave you some alternative ideas to focus on this Saint Patrick’s Day. Holidays celebrating other cultures are a great chance to broaden the horizons for our students and clients. Rainbows, glittery shamrocks, and leprechaun hats can still be fun decorations, but including current Irish culture and topics that are important to the people in Ireland is so beneficial for our students and clients.

St. Patrick’s Day is the holiday that makes me feel super lucky because it comes right in between...
Read More

This time of year always seems to be especially busy!  Our calendars are filled with IEP meetings,...
Read More

It’s March. Trees are growing their leaves back, flowers are starting to poke out from the ground,...
Read More