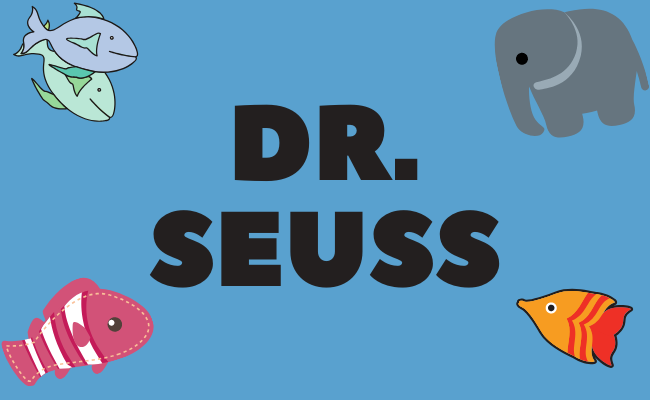 As a child, I remember that the first children’s book I read was by Dr. Seuss. Many children, including myself, first learned to read books by Dr. Seuss. His illustrations were eye-catching, and the titles of his stories were creative and memorable. Dr. Seuss’s full name was Theodore “Ted” Seuss Geisel.

He was born on March 2nd, 1904. Geisel was an author, political cartoonist, illustrator, poet, animator, screenwriter, and filmmaker. He wrote more than 60 children’s books and had a major impact on society. This month we should pay tribute to a man who had a major influence on children’s literature.

Ted Geisel’s Early Life & Education
Geisel was born in Springfield, Massachusetts to Henrietta and Theodore Geisel. His father owned and managed a brewery, but due to the Prohibition movement, it was permanently closed. In 1931, Geisel’s father, Theodore, was hired to supervise Springfield’s public parks. Theodore would often take his son to Springfield Zoo located within the parks. The zoo was a major part of Ted’s childhood. Geisel enjoyed drawing pictures of the animals at the zoo. If his father couldn’t take him, he would often go with his mother or sister.

Geisel attended Dartmouth College, and became close friends with the students in his graduating class. He graduated in 1925, and then decided to pursue a Doctor of Philosophy in English Literature. At the time, he had wanted to become a professor. While at Oxford, he met Helen Palmer, who he later married in 1927. She persuaded him to pursue drawing as a career, and to give up becoming a Philosophy professor. Geisel dropped out of Oxford without earning a degree and returned to the United States.

Career as a Cartoonist
At the beginning of World War II, Geisel began illustrating political cartoons for PM Magazine. His cartoons often would depict satirical illustrations of major historical figures. In 1943, Ted boarded a train to California and joined the U.S. army. Ted was deployed to the Fox Studios in Hollywood to serve as a political cartoonist during the war effort. He worked with Frank Capra’s Signal Corps to create animated training films and draw propaganda posters for the Treasury Department and the War Production Board.

New to School? - Tips for Your First Day as a SLP

We all have some memories of our first day at school as a student, but do we remember our first day...
Read More

Starting Off Right: back to School Activities

It’s that time of the year! Summer is coming to an end and the new school year will be here before...
Read More

Maintaining a Positive Mindset During this Challenging Time

COVID-19 has been a time of uncertainty and negativity within all of our worlds. It has caused many...
Read More